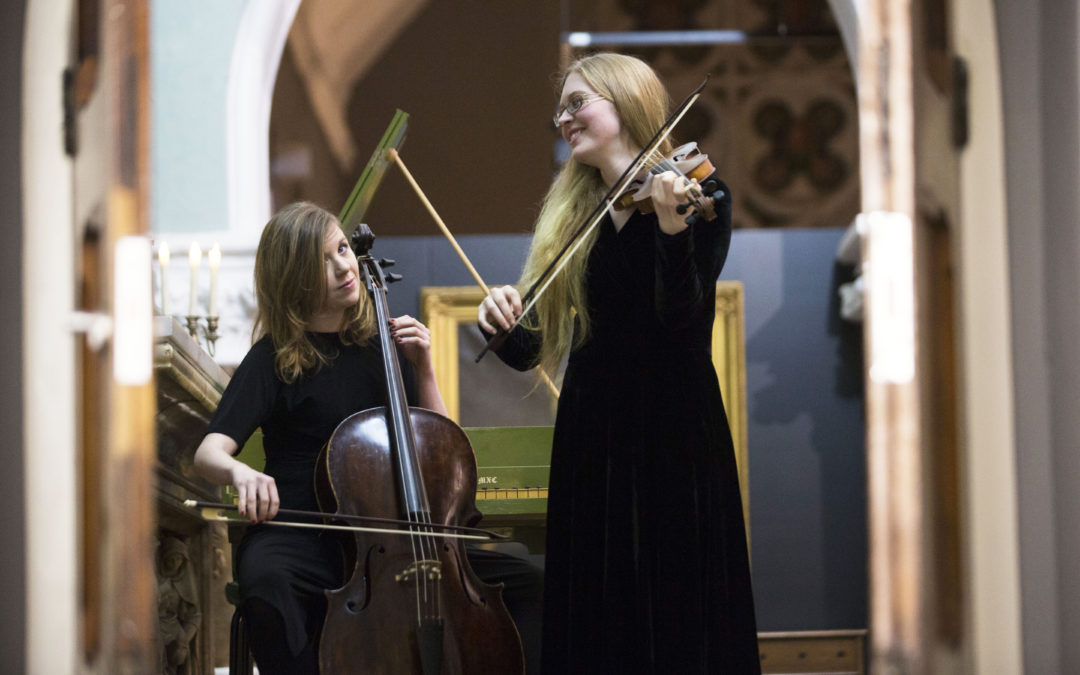 Travel back in time with the 17th edition of the East Cork Early Music Festival, four days of fantastic live music with something for everyone, from sacred Bach arias to exquisite Italian orchestral music to 17th-century-style improvisations.

To open the festivities on Thursday 10th October at 6pm, East Cork Early Music welcomes back counter-tenor Mark Chambers to the Festival and his chamber ensemble L’eraclito amoroso. Against the atmospheric backdrop of Nano Nagle Place’s Goldie Chapel Mark and his colleagues Paula Chateauneuf (theorbo), Steven Devine (harpsichord) and Jamie Savan (cornetto) will entertain us with the ‘jazz’ of the 17th-century – arias sung over repeating ground basses, embellished with improvisations and riffs from these virtuosic players.

In association with FUAIM, Friday 11th’s lunchtime concert at 1:10pm takes place in UCC’s Glucksman Gallery with one of our favourite Irish chamber ensembles, The Gregory Walkers. Their engaging programme takes on 16th and 17th-century song and dance, drawing links between familiar traditional Irish music and English, French, and Spanish baroque songs and dances, including that famous Irish composer often claimed by England – John Dowland.

At the Curtis Auditorium on Friday evening at 7:30pm, the Cork Baroque Orchestra returns under the direction of acclaimed violinist Catherine Martin. Inspired by the tradition of a young nobleman making his Grand Tour of Europe, the programme is a tantalising blend of violin concerti, concerti grossi and Handel Overtures favoured by the 4th Earl of Cork. In these tremulous times the programme highlights how Europe, through times of war, peace and political instability has always and will always been unified in music and the arts.

Saturday 12th October sees the Festival set against the historical backdrop of Cobh. At 3pm, Propitia Sydera (‘lucky stars’) presents an ensemble of star young professionals of the Irish early music scene in concert in the Sirius Art Gallery.The  title is taken from composer Georg Muffat’s collection of concerti by the same name in which he illustrates his love of the Italian style, and Propitia Sydera presents a rather fitting programme exploring the Italian influences on Baroque music. Featuring delights such the sparkling Italian vocal music of Vivaldi, to works by the ‘London Bach’ (Johan Christian), Italian Handel cantatas and  Italian-influenced French music of Leclair, this is a concert not to be missed.

At 7:30pm Saturday evening, in the glorious St. Colman’s Cathedral, critically-acclaimed Swedish soprano Maria Keohane performs sacred arias by J.S. Bach with Camerata Kilkenny. Interspersed with Swedish folk Chorales, the programme reflects on the role of the Lutheran chorale in Maria’s own heritage, and its prevalence in Bach’s music.

Bringing the festivities to a close on Sunday 13th October our ‘Flipside’ concert welcomes Nordic ensemble Brú | New Early Music to St. Peter’s North Main St. at 6pm. With infectious rhythms and an energy that will bring you to your feet, they turn ideas of Baroque music upside-down while exploring folk influences on Baroque music, juxtaposed with contemporary arrangements of folk music from Scotland, Ireland and the Nordic countries.

East Cork Early Music is passionate about learning and inclusivity, and this year’s festival will include a vibrant fringe of education, through a variety of workshops and lectures, with something suitable for everyone. Returning to our Sunday afternoon stage in Cork School of Music is our free admission workshop concert at 3pm involving some of Cork’s best amateur orchestral players and choral singers, who will have the chance to tackle some favourite Baroque choruses, performing after coaching from the Festival artists.

We use cookies on our website to give you the most relevant experience by remembering your preferences and repeat visits. By clicking “Accept”, you consent to the use of ALL the cookies.
Cookie settingsACCEPT
Manage consent

This website uses cookies to improve your experience while you navigate through the website. Out of these, the cookies that are categorized as necessary are stored on your browser as they are essential for the working of basic functionalities of the website. We also use third-party cookies that help us analyze and understand how you use this website. These cookies will be stored in your browser only with your consent. You also have the option to opt-out of these cookies. But opting out of some of these cookies may affect your browsing experience.
Necessary Always Enabled
Necessary cookies are absolutely essential for the website to function properly. These cookies ensure basic functionalities and security features of the website, anonymously.
Functional
Functional cookies help to perform certain functionalities like sharing the content of the website on social media platforms, collect feedbacks, and other third-party features.
Performance
Performance cookies are used to understand and analyze the key performance indexes of the website which helps in delivering a better user experience for the visitors.
Analytics
Analytical cookies are used to understand how visitors interact with the website. These cookies help provide information on metrics the number of visitors, bounce rate, traffic source, etc.
Advertisement
Advertisement cookies are used to provide visitors with relevant ads and marketing campaigns. These cookies track visitors across websites and collect information to provide customized ads.
Others
Other uncategorized cookies are those that are being analyzed and have not been classified into a category as yet.
SAVE & ACCEPT
Powered by