Recorded especially to mark East Cork Early Music 2020, this concert features the first five of Biber’s iconic violin sonatas based on the Mysteries of the Rosary, recorded from the organ gallery of Nano Nagle Place’s historic Goldie Chapel. The newly-restored organ is played by the renowned Cork-based organist and harpsichordist James Taylor, while Caitríona O’Mahony plays baroque violin in 5 different scordatura tunings.

This concert is dedicated to the memory of longtime friend of the festival Ron Victor, who sadly passed away this year.

As the first in a planned longer project, another edition of this concert will be available from Nano Nagle Place in the coming months, including reading and reflections from Presentation Sisters Sr. Bride Given & Sr. Emma Rooney, for a meditative and reflective experience. We hope to share the remaining ten sonatas and passacaglia with you later this year.

You can find Caitríona Performer’s Note on the project at this link.

Our thanks go to Danielle O’Donovan, Shane Clarke & all at Nano Nagle Place, Evelyn Grant and everyone at Cork Film Centre. ECEMF & Nano Nagle Place are grateful for support from the Department of Arts, Heritage & the Gaeltacht.

Visit and subscribe to our Youtube channel to see all of East Cork Early Music’s online events.

The most famous programmatic works for violin before Vivaldi’s Seasons, Heinrich Biber’s Rosary Sonatas survive in a beautiful display copy, presented to his patron, Maximilian Gandolph, Archbishop of Salzburg. The engravings which accompany each sonata give them the titles now commonly used. They were possibly used in Rosary prayer and may have been linked with the Salzburg devotional confraternities of the seventeenth century . The engravings were used in printed material of the Confraternity of the Rosary, and they are similar to the paintings which line the walls of the Grosse Aula of Salzburg University, where the Confraternity of the Assumption of the Virgin prayed their regular Rosary devotions. Both groups came under the protection of Archbishop Maximilian, and Biber may even have been a member.

Like Corelli, Biber’s fame seems to have lasted beyond his lifetime, with Charles Burney writing in the eighteenth century, ‘Of the violin players of the last century, Biber seems to have been the best, and his solos are the most difficult and most fanciful of any music I have seen of the same period.’  His particular style of sonata-writing unites an earlier style of stylus fantasticus writing with more regular dance sections, his frequent use of ground basses providing more harmonic unity to writing than common in the early Italian sonata.

The Annunciation is one of only two parts in the work to be in standard GDAE tuning, the other being the closing Passacaglia, framing the work in stable tuning in 5ths. The engraving linked to this sonata is an image of the Archangel Gabriel’s visitation to the Virgin. The Praeludium holds a somewhat ominous sounding d minor bass, with rapid showers of notes in the violin which might be considered to reflect Mary’s nervousness and anxiety, or more onomatopoeically, the fluttering of the angel’s wings. The Aria and Variatio make up a set of increasingly brilliant variations over a recurring bass line, in Biber’s characteristic style, while the Finale is more similar to the Praeludium, elaborate passagework with a mood of trepidation.

Illustrating the story of Mary’s visit to her cousin Elizabeth, this sonata is light-hearted and uses some merry dance movements. The first use of scordatura, this sonata is played in an AEAE tuning – close enough to standard tuning to not put huge strain on the instrument, but brightening the A Major colour. The pleasant and happy mood becomes a respite from the darker mood of Annunciation and Nativity, while the final presto, with excitedly ascending scales calls to mind John the Baptist leaping in his mother’s womb. 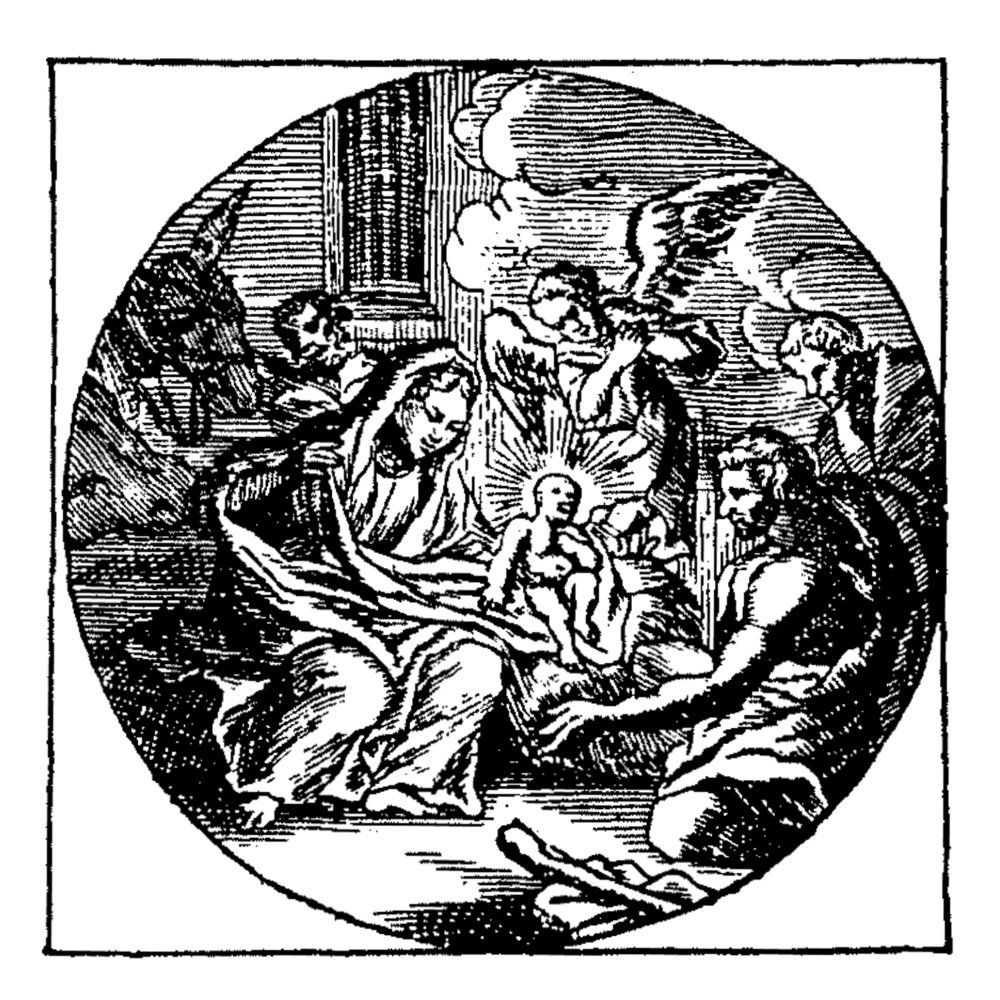 Tuned in b minor, with the strings sounding B F# B D, ‘The Nativity’ has a surprisingly dark opening for a story we usually think of as a joyful one – it is useful to think of depictions of the Nativity in Baroque art, which frequently include a crucifix somewhere in the work, foreshadowing death at birth. Biber writes only three Courentes in the work, all corresponding to a major journey in Christ’s life – to Bethlehem in his Mother’s womb, to Calvary carrying the Cross, and his Ascension into heaven. The final Adagio returns to a warning foreshadowing, using motifs from tenth sonata – The Crucifixion.

Sonata IV ‘The Presentation of Jesus in the Temple’ – Ciaccona.

The fourth sonata is unusual in that it is written as one continuous movement, a form which occurs only once more, in the final Passacaglia. Biber is a master of the ground bass form, with a variety of virtuosic passagework and changes in colour keeping variety over the stable bass. While the Passacaglia acts as a look back and reflection, the Presentation seems to foreshadow – it is in a similar tuning to the Crucifixion and uses passages almost verbatim from the other sonata. Their may be an association relating to the sacrifice which was made by Joseph and Mary at the Temple on this occasion – blood shed for Christ as an omen of the blood that he would shed for humanity.

The image for this sonata shows the young Jesus discussing the scriptures in the Temple – centred amidst a group of elders who are amazed at his understanding. Tuned in AEAC#, the sound is warm – not as bright as the Visitation, because of the slack string on the treble side of the instrument – but providing a sharp contrast to the oppressed A flat and E flat in the subsequent ‘Agony in the Garden’. The rising almost fanfare-like figures in the Prelude give a feeling of opening and announcement –  Christ’s first teaching. The three dance movements may have a numerological significance in the three days that Mary and Joseph searched for Jesus, with a warm stable Sarabande closing the work as they find him.

If you enjoy our virtual events, we'd really appreciate it if you could sign up to our Mailing List so we can keep in touch! We don't email too often, but we'll let you know when there are great early music events coming up from us and our friends!

Join here
We use cookies on our website to give you the most relevant experience by remembering your preferences and repeat visits. By clicking “Accept”, you consent to the use of ALL the cookies.
Cookie settingsACCEPT
Manage consent

This website uses cookies to improve your experience while you navigate through the website. Out of these, the cookies that are categorized as necessary are stored on your browser as they are essential for the working of basic functionalities of the website. We also use third-party cookies that help us analyze and understand how you use this website. These cookies will be stored in your browser only with your consent. You also have the option to opt-out of these cookies. But opting out of some of these cookies may affect your browsing experience.
Necessary Always Enabled
Necessary cookies are absolutely essential for the website to function properly. These cookies ensure basic functionalities and security features of the website, anonymously.
Functional
Functional cookies help to perform certain functionalities like sharing the content of the website on social media platforms, collect feedbacks, and other third-party features.
Performance
Performance cookies are used to understand and analyze the key performance indexes of the website which helps in delivering a better user experience for the visitors.
Analytics
Analytical cookies are used to understand how visitors interact with the website. These cookies help provide information on metrics the number of visitors, bounce rate, traffic source, etc.
Advertisement
Advertisement cookies are used to provide visitors with relevant ads and marketing campaigns. These cookies track visitors across websites and collect information to provide customized ads.
Others
Other uncategorized cookies are those that are being analyzed and have not been classified into a category as yet.
SAVE & ACCEPT
Powered by